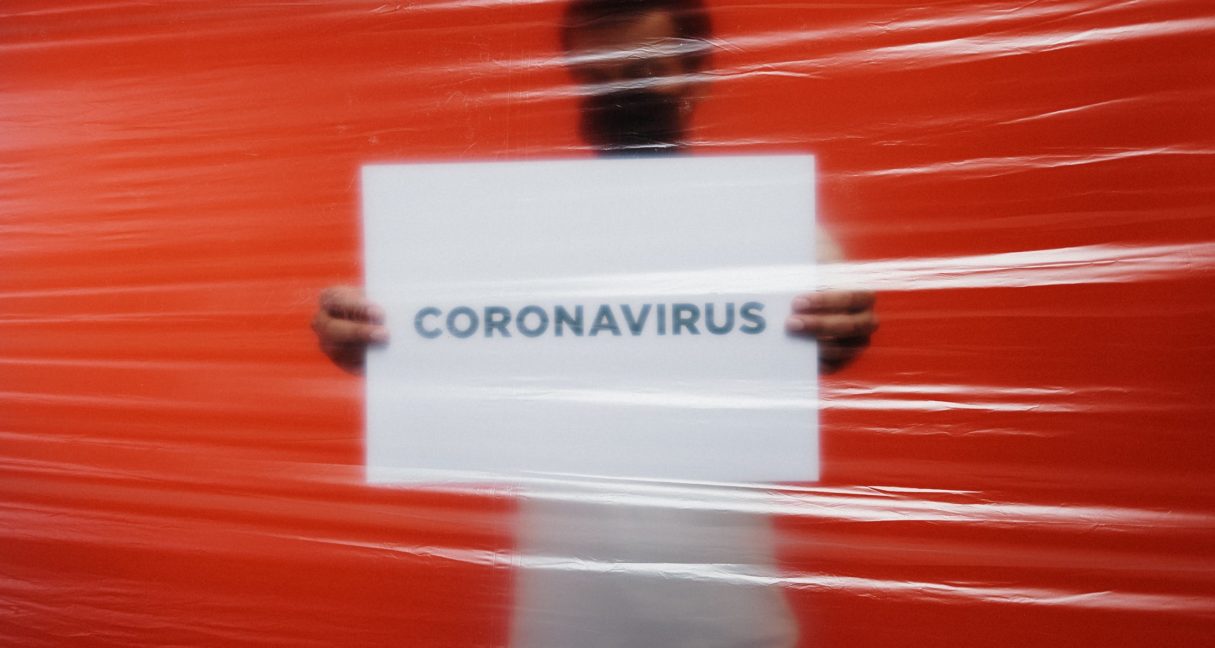 Terrible times ahead, especially in emerging and developing countries
These are not normal times, and what the world is experiencing is not a normal recession. The IMF predicts that only 9 countries out of 190 will have positive per capita GDP growth in 2020 (and none of them will record a growth rate above 2%). To put this in context, at the peak of the global financial crisis more than 75 countries registered positive GDP per capita growth.
A downturn of this magnitude can cause tremendous long-term damage, especially so in emerging and developing economies with high degree of informality and weaker social and economic safety nets.
While many advanced economies are able to finance massive fiscal stimulus packages with super low interest rates, emerging and developing countries are hit by a double whammy as the COVID-19 crisis has led to a sudden stop in capital flows. According to estimates by the Institute of International Finance, non-resident portfolio outflows from emerging market countries amounted to nearly $100 billion over a period of 45 days starting in late February 2020. For comparison, in the three months that followed the explosion of the Global Financial Crisis, outflows were less than $20 billion.
This situation has led more than 100 countries to seek IMF help. As explained in an April 30, 2020 Op Ed by the Ethiopian prime minister Abiy Ahmed, many countries are facing a dilemma: continue to service their external debts or redirect resources to save lives and livelihoods?

The help so far – and its limits
On April 15, 2020, the G20 announced a debt service standstill on bilateral loans for a group of 76 low-income countries, but private creditors were not asked to participate in this standstill. The Institute of International Finance (an organization with a large membership of international banks and fund managers) had, on April 9, called for international coordination and broad creditor participation to support fair burden sharing in this standstill. However, by May 1, it had backtracked, stating that participation of private creditors in the initiative would be on a voluntary basis and based on an assessment of NPV neutrality made by individual private creditors.
The idea that participation is on a voluntary basis, with each private creditor conducting its own NPV calculations, making individualized excuses about fiduciary duties and contractual complexities is a recipe for free riding. And the more free riders there are, the greater the likelihood that even those who were inclined to participate in the first place will back out. After all, no fund manager wants to look stupid in front of her investors. End result: The official sector – i.e., taxpayers – are going to bear the brunt of the cost unless something is changed in the current plan.
To us, it seems pointless for the G20 to provide debt relief for developing countries if the freed resources are directly siphoned into the pockets of private creditors as opposed to going to fighting Covid-19. Nevertheless, an argument can be made that this is not an enormous problem for the countries targeted by the G20 action. In these countries nearly 90% of total long-term external debt is owed to official creditors (multilateral and bilateral). 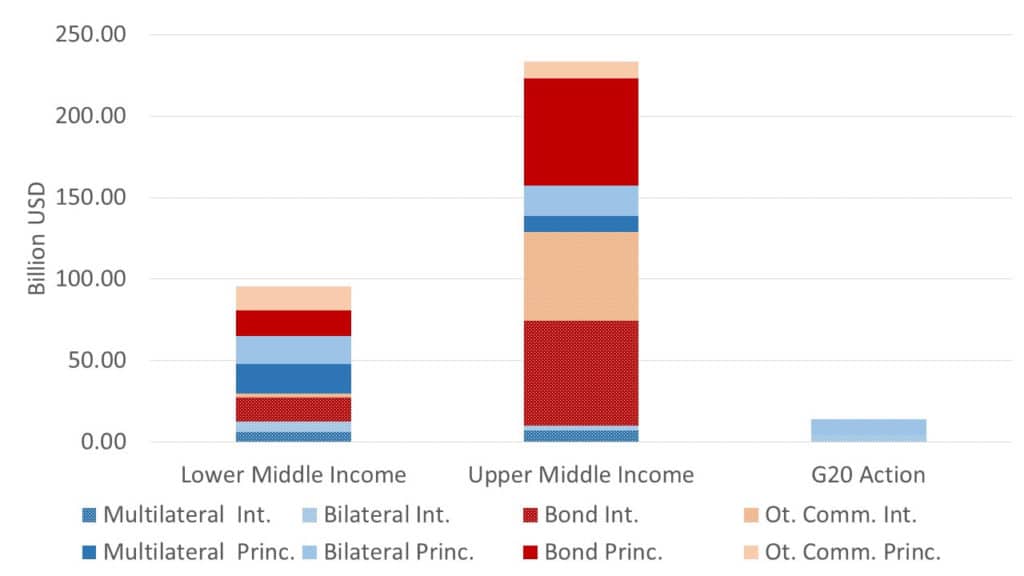 Some middle-income countries will face choices similar to that highlighted by the Ethiopian Prime Minister and a standstill for these countries would be useless if it does not include all private creditors. But how can this be done without destroying the international debt market. This is the question that we address in a new report published in the CEPR Policy Insight series (Bolton et al. 2020).

What do to?
We propose that the official sector could coordinate such a standstill and propose a mechanism that would guarantee that the debt relief associated with it would be used for emergency funding related to the global pandemic. A multilateral institution such as the World Bank or other regional development banks could create for each participating country a central credit facility (CCF) allowing a country requesting temporary relief to deposit stayed interest payments for use for emergency funding to fight the pandemic. It is common sense that principal amortizations occurring during the standstill period should also be deferred, so that all debt servicing would be postponed. The CCF would be monitored by the multilateral institution to ensure that the payments that otherwise would have gone to creditors are used for emergency funding related to the global pandemic. Our assumption is that all funding from this emergency facility and associated deferred principal payments would eventually be paid back to creditors since it would be recognized as having the type of preferred creditor status typically associated with lending by a multilateral such as the World Bank or the IMF.
Our proposal is rooted in the doctrine of “necessity” from international law, under which nations are allowed to temporarily defer obligations during times of extreme crisis where they need to give priority to the needs of their populace. Past economic crises, whether in the US or elsewhere, have sometimes led to political interventions to suspend debt payments or to make other modifications to the terms of debt contracts. Such interventions do not automatically undermine credit markets. In some instances, they have actually had the opposite effect, resurrecting debt markets following the intervention. The reason why debt markets recovered was that creditors had anticipated widespread default in the absence of any modification of the repayment terms, and were pleasantly surprised by the intervention that had the effect of reducing the risk of default.
For many reasons most debt contracts are highly incomplete and do not contain provisions prescribing how the parties will react to contingencies such as a global pandemic that would merit lowering debt obligations in this event. Ex post it is easier, of course, to identify the contingency. The political intervention in debt contracts in these events serves the role of completing incomplete debt contracts.

Not all interventions are beneficial in this way. It is important that they take place only in verifiably unusual and urgent circumstances that are outside the debtor’s control. Unusual circumstances are precisely the ones that are hard to describe and to include in a debt contract. By certifying that such an event has occurred and by acting accordingly, the G-20 would ensure that contract terms will be modified only when absolutely necessary and when the modifications are likely to support credit markets.

* The authors are at Columbia University and Imperial College (Bolton), University of Edinburgh (Buchheit), University of California Berkeley (Gourinchas), Duke University (Gulati), University of Chicago (Hsieh), and The Graduate Institute Geneva (Panizza and Weder di Mauro). Parts of this blog post draw from a VoxEU piece titled “Necessity is the mother of invention” https://voxeu.org/article/