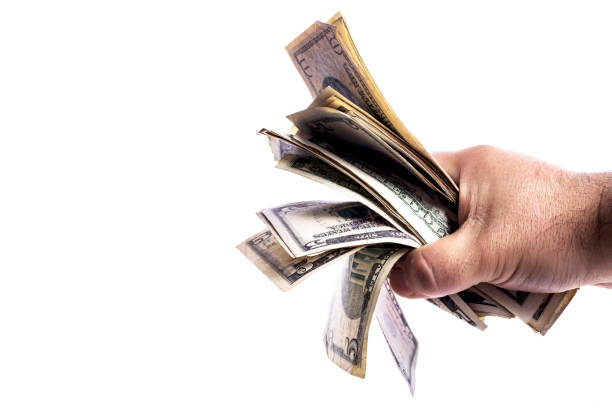 In a recent paper, we propose the use of money market rates to measure transmission of global funding shocks to EMs. We study the responses of EM interbank rates to major global liquidity shocks, and benchmark them against those of short-term bond yields. We demonstrate how local banking system liquidity conditions, both at bank and system-wide level, can amplify transmission.

Money markets have been shown to play an important role in transmission of global funding conditions. This is in part due to cross-border interbank lending, which tends to become more sensitive to borrower characteristics and declines sharply during crises (Allen et al., 2012; Benoit et al., 2017; Kerl and Niepmann, 2014). Some of the volatility of money market rates can also be attributed to local “pull” factors, like the degree of internationalisation of the domestic banking system, banking sector wholesale funding dependence and foreign currency liabilities of non-financial firms which increase sensitivity to global conditions. Money market rates, which are often used as operational targets of central banks, can also reflect central bank (net) liquidity provision in response to global shocks, such as through changes in policy rates, asset purchases, capital flow measures, and reserve requirements.

Mechanism
Consider the case of a negative global liquidity shock to a representative EM with a managed capital account. The sudden scarcity of funding currency liquidity causes a tightening of domestic funding conditions in local interbank markets, via global banks and international EM banks. This funding pressure is exacerbated if the banking sector is reliant on wholesale sources of funding or if non-financial firms have significant unhedged foreign currency liabilities that need repayment. This causes the local interbank rates to rise. The EM central bank, in order to preserve its domestic monetary policy stance, is forced to ease net liquidity conditions through its policy toolkit, which could be via a combination of FX reserve sales, rate cuts or macro-prudential measures, depending on local risks and financial stability trade-offs.

Given their dominant role as reserve currencies and in invoicing, we expect that liquidity shocks to the US dollar and Euro are particularly important for emerging economies. We have priors for the drivers for the transmission mechanism, as well as consequences of various central bank policy actions on the interbank rate, which we investigate empirically.

Results and policy implications
There are three key takeaways from our paper that are relevant for policymakers.

EM money market rates are more responsive to global funding shocks than benchmark bond yields, making them a more informative measure of global spillovers. Using a standard event study methodology, we study the responses of a panel of 23 EM money market rates on days of important liquidity announcements by the Federal Reserve and the European Central Bank between 2007–2018. We find that money market rates in EMs fall by roughly 1% in response to a positive liquidity shock, and rise by 3% within five days of a negative liquidity shock (figure 1). In comparison, we find that short-term benchmark bond yields show no significant changes in response to these liquidity events. The transmission to money markets is even larger if we consider unanticipated events of the post crisis period, such as Quantitative Easing (QE) announcements. For example, the first QE announcement by the Federal Reserve in 2008 led to a cumulative reduction of rates by 8% over a five day window.

The extent of the transmission depends on both “push” and “pull” factors as expected, but local banking system structure is crucial. We set up a panel with country level data at quarterly frequency. The dependent variable is the domestic interbank rate (in first differences), and the explanatory variables consist of a host of push and pull factors. Our focus is on two pull factors in particular: the share of foreign banks and dependence of the banking sector on wholesale funding. On average, countries with higher dependence on wholesale funding and foreign banks, have higher interbank rates during periods of elevated global risk aversion (measured using a proxy like the VIX). Additionally, we find that the transmission of global funding shocks from events in the US or in the EU to EM interbank rates increases as a country increases its reliance on wholesale funding in the post-crisis period; but the role of foreign banks is less clear. This is an interesting result as it shows that countercyclical provision of liquidity to domestic banks can compensate for tightening of global funding conditions (and vice versa), potentially slowing down transmission without affecting monetary policy objectives. That is, bank level risk can be moderated by system-wide liquidity conditions.

With the increasing adoption of Basel III tools that enhance systemic liquidity, like the liquidity coverage ratio (LCR) or net stable funding ratio (NSFR), the synchronisation in AE-EM adoption will have implications on future spillovers (Beck and Roja-Suarez, 2019). Emerging markets which adopt Basel III rules in sync with advanced economies could find increased protection from liquidity stress; later adopters are likely to face additional liquidity stress and increasing utilisation of domestic macro-prudential tools like reserve requirements. As part of our future research, we hope to analyse effects of Basel III adoption in addition to other lender-based macro-prudential (liquidity-based) measures and their effectiveness in mitigating cross-border interbank transmission.